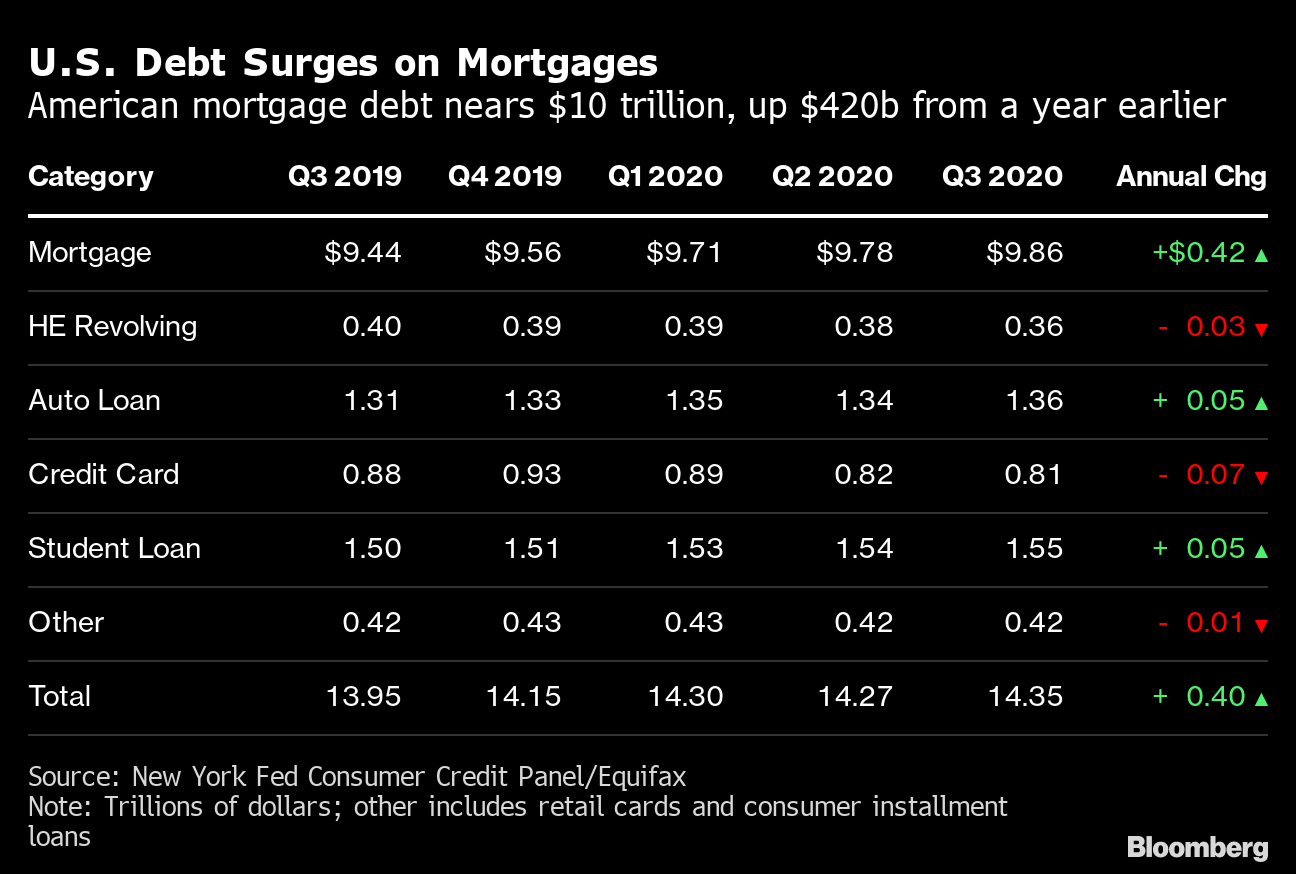 US household debt rose slightly in the third quarter to reach an all-time high as record low interest rates continue to fuel an increase in mortgage lending among consumers with excellent creditworthiness.

Total debt rose 0.6% to $14.35 trillion, from $14.27 trillion in the second quarter Federal Reserve Bank of New York That’s according to a report published Tuesday. The rise was led by a surge in new mortgages, primarily refinancing, which reached $1.05 trillion, the second highest in data dating back to 2003 and rivaling the historic refinancing boom 17 years ago.

The deluge of mortgage refinancing helped offset a decline in credit card debt. Credit card balances fell to $807 billion, the lowest since 2017, the data shows. According to Paul Siegfried, who oversees TransUnion’s credit card business, a nationwide decline in travel and related spending on airline tickets, hotels and other vacation essentials is responsible for the lower spending. In recent years, consumers have typically increased their card balance during the fourth-quarter holiday shopping season, a trend that the coronavirus may interrupt.

About 54% of respondents to a TransUnion survey late last month said the pandemic has impacted their finances, and about half of those people said they expect to reduce their retail and discretionary spending.

All in all, data released Tuesday from the New York Fed underscores that Americans’ finances continue to benefit from the extraordinary actions taken by governments and creditors during the pandemic, including stimulus measures that helped consumers pay off their debts. Still, those improvements can be short-lived as programs expire.

Borrowers who have delayed their monthly mortgage payments offer a glimpse into the impact the looming cliff could have. Americans who took advantage of programs that allowed them to skip mortgage and car bills generally had much lower credit scores and higher default rates than those who didn’t, data from the New York Fed shows.

Lenders reported that these borrowers were current on their accounts, temporarily boosting their credit scores and possibly masking underlying issues, according to the New York Fed. These are the kind of borrowers that policymakers and lenders keep an eye on when their debts fall due.

Before it gets here, it’s at the Bloomberg Terminal.