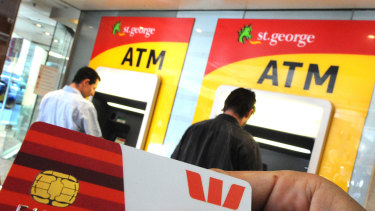 With the real estate sales season kicking off in the spring and financial markets betting on further official rate cuts, Westpac subsidiaries have cut fixed-rate loans by 0.1 percentage point to 1.4 percentage points.

The bank offers the lowest rates to customers with larger deposits, with some rates as low as 2.94 percent for maturities up to five years.

In the key three-year fixed-rate segment, St George and Bank of Melbourne have both cut fixed-rate loans by 0.2 percentage points for people paying principal and interest on their loans.

The Westpac-owned brands are also reducing the one-, two-, four- and five-year flat rates so that the quoted rates are the same for all five owner-occupiers.

The rates only apply to new loans, not to existing customers, and are a function of the collapse of bond yields, that affect the pricing of fixed-rate mortgages. Fixed interest rates tend to anticipate the outlook for floating interest rates and therefore move in anticipation of future changes in variable borrowing costs.

Financial expert Steve Mickenbecker, of comparison website Canstar, said the new rates were “highly competitive” and could provoke a response from rival lenders.