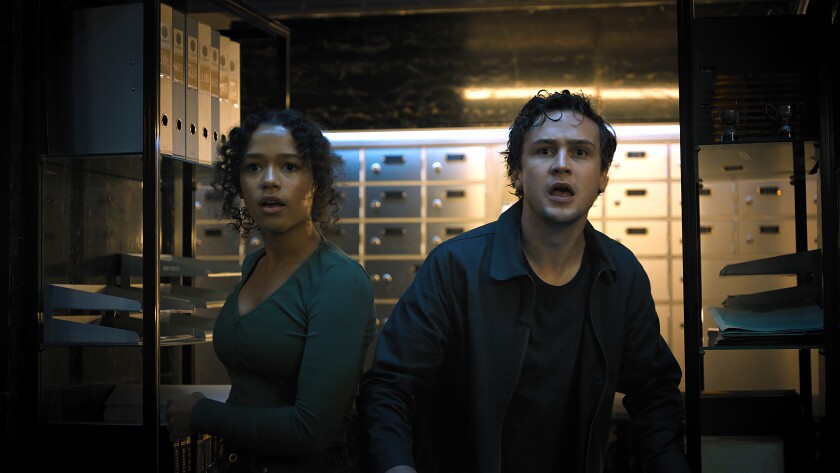 The Times is committed to reviewing theatrical film releases during the Covid-19 pandemic. Because going to the movies in this day and age carries risks, we remind readers to follow health and safety guidelines, such as: outlined by the Centers for Disease Control and Prevention and local health officials.

Adam Robitel’s 2019 B-movie horror film “Escape Room” had all the signs of a flash in the pan: early January release and a gimmicky premise based on a live entertainment trend. “Escape Room” was just that: a series of high-stakes, life-or-death puzzles, but thanks to the cast and characters, plus a fantastic final girl in Taylor Russell, it worked. Operating in the mode of the “Saw” and “Final Destination” franchises, there could be a long future for “Escape Room” movies, and the sequel, “Escape Room: Tournament of Champions”, even meager and nastier than the first, proves the staying power of this burgeoning series. There’s no other way to put it: this movie rips.

earlier on “Escape room”, the smart, sad Zoey (Russell), broke out of the game and saved Ben (Logan Miller) in the process. Now she’s determined to go after the dastardly Minos organization that runs the games that killed her friends, so the friends leave for New York to do some exploration. They end up in a runaway subway car (shades of “The Taking of Pelham 123”) with what appears to be a group of strangers, though it’s soon revealed that everyone has experience of Minos escape room torture. This is the tournament of the champions, and we get to jump right into the puzzles with clever but unwilling participants.

Minos and his intentions are vague: it plans these deadly escape rooms for an audience of “customers” to watch, pitting groups of people against each other to see how they play. They’re the same drivers that underlie dystopian stories like “The Most Dangerous Game,” “Battle Royale,” and even “The Hunger Games,” so we don’t need to spend too much time on who these villains are or what they want. We understand it. What we want to see are the panicked victims puzzling clues together as the rooms around them rumble and shake, deadly traps that erupt as the clock counts down.

A pastiche of its predecessors, “Escape Room: Tournament of Champions” uses this mosaic of tropes and familiarity with formulas as an abbreviation to cut the film down to the basics: increasingly sadistic puzzles and a great cast of characters. The new players, Indya Moore, Holland Roden, Thomas Cocquerel and Carlito Olivero, are fantastic signings.

But Zoey and Ben remain at the heart of the thriving franchise. Zoey is a soulful and sad last girl in the style of Sidney from ‘Scream’. She wants justice and revenge on Minos, but she’s so smart that she can’t help but solve the puzzle that lies before her. Therein lies the fun of “Escape Room: Tournament of Champions”, where each participant is a Zoey type (after all, they all won). We find ourselves as viewers in a strange paradox: do we even want to see her escape? That would destroy the satisfaction of looking at her work. But it doesn’t look like it’s coming to an end anytime soon, so that will happily remain a dilemma another day.

Katie Walsh is a film critic for Tribune News Service.