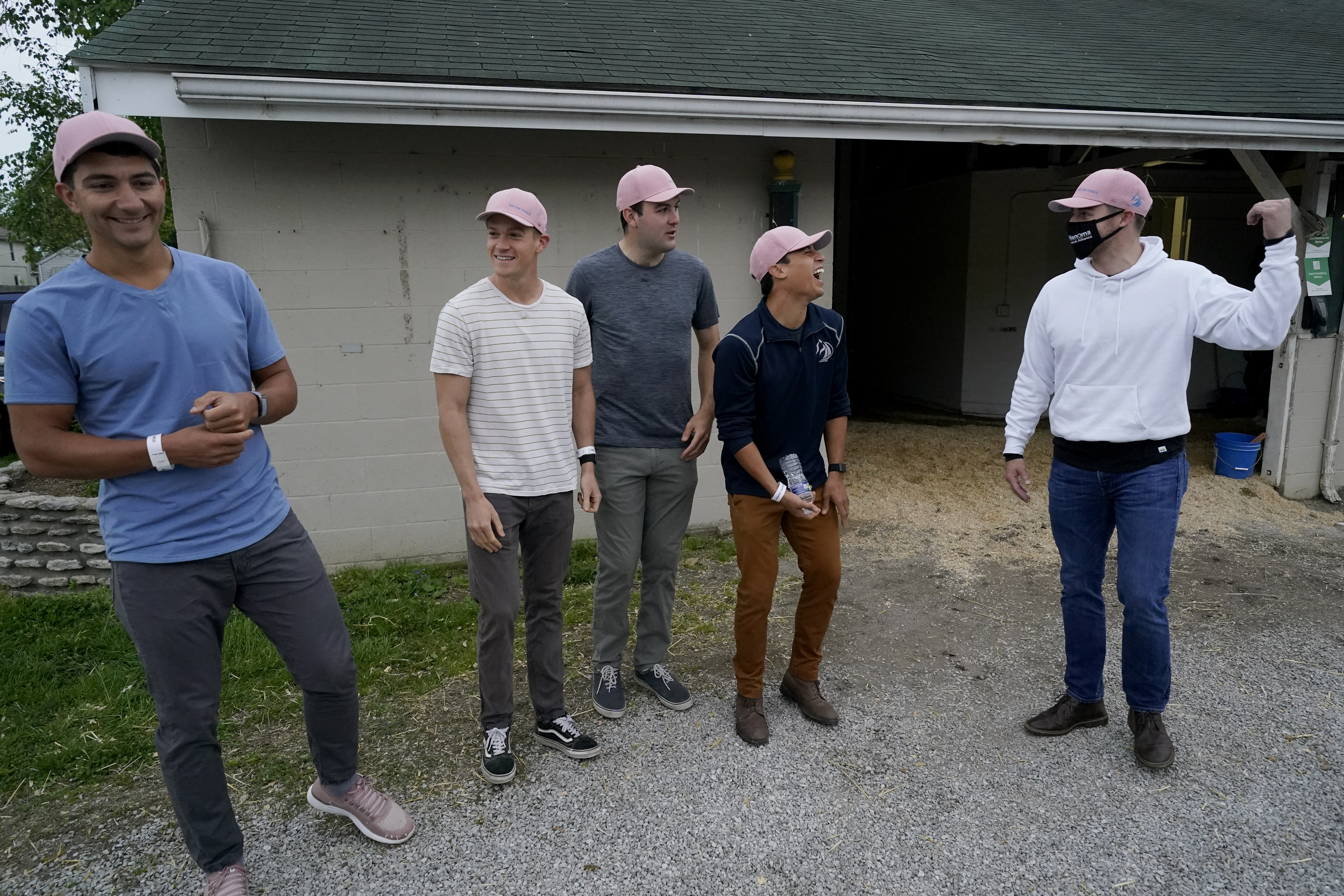 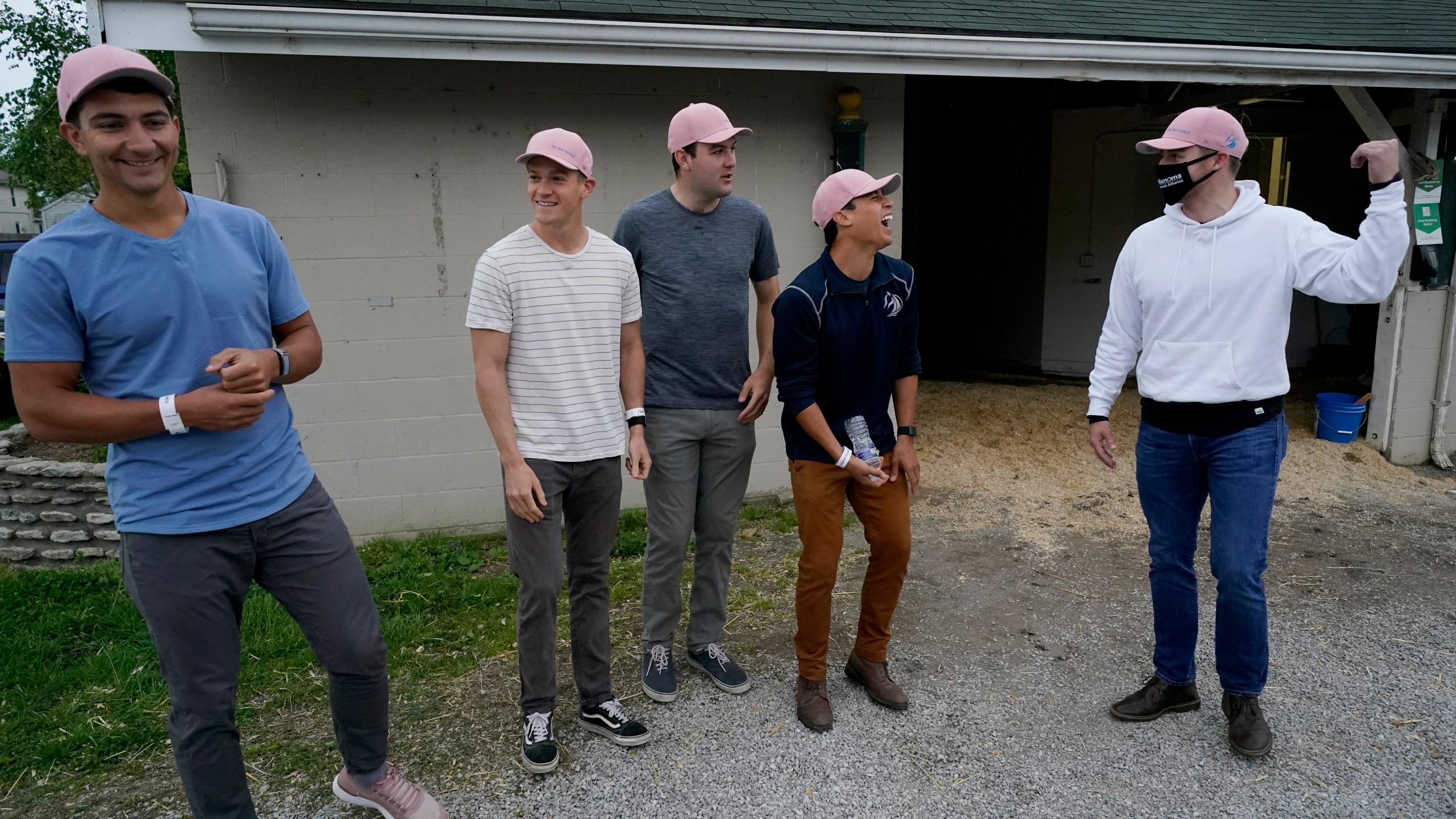 LOUISVILLE, Ky. (AP) – Steve Asmussen grew up in a barn in dusty Laredo, Texas. He and older brother Cash were the helpers in their parents’ Ma-en-Pa stable. Nearly 6,000 miles away, Patrick O’Neill watched from Hawai’i as his Uncle Doug made his way to the training ranks.


The worlds of the families collide in the Kentucky Derby on Saturday.

Asmussen, a Hall of Famer on the cusp of becoming the sport’s winning trainer, saddles Super Stock, co-owned by his 79-year-old father Keith. Doug O’Neill, two-time Derby winner, brings Hot Rod Charlie, co-owned by Patrick and spotted at auction by his brother Dennis.

“We never thought we could compete at this level from Laredo, Texas,” said Marilyn Asmussen, Steve’s 79-year-old mother who started training horses in 1976 when few women had that job or were respected. it. Her husband was a jockey and still breaks yearlings.

Patrick O’Neill, an enthusiastic but hardened owner at the age of 28, says, “We treat this like it is, which is a once in a billion chance.”

“I am someone who learns a lot more from a loss than from a victory,” he said.

Having his parents and their longtime partner, Nashville music manager Erv Woolsey, out for the ride has left the usually stern Asmussen downright mushy. His son, Keith, raced Super Stock in his first three races, including a win over the stakes in Texas.

“I was afraid of him,” said Steve, who gave up as a jockey after he became too tall and overweight.

“I called my grandfather and told him what I wanted for Christmas, to put him in a race,” said the younger Keith. “I’d like to think I played a part in Pop and Erv to keep it.”

Rather than selling Super Stock, the colt stayed in the family, giving Keith and Marilyn Asmussen their first Grade 1 owner victory in the Arkansas Derby, hitting his ticket to Louisville. The family celebrated together for the first time since the coronavirus pandemic started a year ago.

“It’s amazing how a horse’s actions can make you feel about yourself,” said Steve on a recent Breeders’ Cup podcast. “What a real blessing that is.”

While Steve eventually found a successful practice, brother Cash was a star rider in France, winning some of Europe’s greatest races in the 1980s and 1990s.

“The success I’ve had and the success Cash had before me was made possible by my parents’ horsemanship and professionalism,” said Steve. “That kind of support, that kind of love is what encourages people to dream and pursue it.”

Patrick O’Neill loved racing from an early age. He is named after his late grandfather, who he said “definitely had a small gambling problem”. Elder Patrick brought his four sons – Dave, Danny, Dennis and Doug – to the Detroit track as children.

“My dad (Dave) saw what happened to gambling and got eliminated,” said Patrick. “Dennis and Doug saw all the excitement and the characters.”

Dave and Danny died of melanoma. Dennis and Doug eventually moved to California, with Doug becoming a trainer and Dennis a blood supply agent. Patrick grew up in Hawaii but kept in touch with his uncles and attended the Derby when Doug won in 2012 with I’ll Have Another and in 2016 with Nyquist.

Patrick attended racing during his college days at Brown University, where he played football. He harassed his baffled roommates and teammates Eric Armagost, Dan Giovacchini, Reiley Higgins and Alex Quoyeser to add the TVG racing channel to their cable package for an extra $ 6 a month. “That certainly drank in our beer funds,” he said.

One summer he invited his friends to Del Mar. The horses and ambiance on the coastal path north of San Diego quickly converted them. Someone suggested buying a horse together.

O’Neill said no and tried to stifle their chatter about entering the Kentucky Derby and Breeders’ Cup. He recommended they would be lucky if they won a race in Del Mar.

“I’ve seen what happens in sports and I didn’t want to lose friends,” he said, “but I quickly changed my mind. Life is about people, memories and experiences.”

The first horse they owned was “divine,” O’Neill recalled. The next one finished last at Del Mar and was claimed for $ 100,000, giving them the money that led to the purchase of Hot Rod Charlie.

O’Neill’s group owns 25% of the foal they nicknamed ‘Chuck’. Their stable Boat Racing LLC (“kind of cheeky” he says) is named after a favorite school drinking game that involves racing to finish drinks in order.

They provide the youthful energy to complement more experienced owners Bill Strauss (25%) and Greg Helm of Roadrunner Racing (50%). O’Neill and his friends work at companies on the west coast.

“Chuck” was a 95-1 shot in the Breeders’ Cup Juvenile last fall at Keeneland. He finished second behind Essential Quality, beating three-quarters of a length by the early favorite for Saturday’s Derby.

“He was one of those prepubescent teenagers going to the Breeders’ Cup,” said O’Neill. “He’s in his pre-college years and starting to look like an adult.”

And also race as one.

“Chuck” won the Louisiana Derby by two lengths to cement his place in the Kentucky Derby. He’s only made the money twice in seven career starts and has a profit of more than $ 1 million.

“Chuck” will be personally cheered on Saturday by 160 friends and family.

“It would be magical to make this a family affair and bring in all of our different networks,” O’Neill said of a possible win. “It would be a movie-like script.”

What if the Asmussen are in the winner’s circle instead?