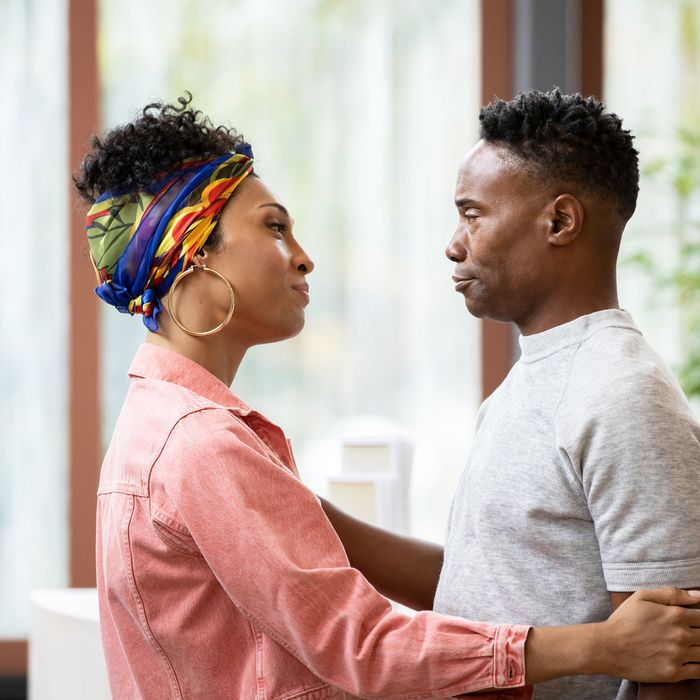 The title for the second episode of AttitudeThe final season (which aired in conjunction with its premiere opener) hints at exactly what dominates the hour-long process. Only it might have been more accurate if the title had been plural. ‘Intervention’ could indicate the staged gathering where Blanca (Mj Rodriguez) and the House of Evangelista lovingly try to get Pray Tell (Billy Porter) to acknowledge the fact that he has a drinking problem, but there were several scenes that followed throughout that . the same dynamic (see: Papi and Angel, Elektra and Lulu).

But the bluntness of the episode’s title also speaks to the show’s tacitly understood structure. There has always been a welcome teaching method Attitude, a household name that this generation’s FX drama hopes to be Beverly Hills, 90210. Or rather, its contemporary companion. Seen side by side, especially when operating in the kind of ‘very special episode’ that reminds an item like ‘Intervention’ so much, 90210 and Attitude feels almost like sister shows, with the intention of serving as narrative PSAs encouraging viewers, young and old, to understand why some people make the ill-considered choices they make. Attitude is both a late correction and a fantastic adaptation of such stories, filtered through the specificity of the strange and trans characters, many of whom (like Pray) carry trauma and burdens spanning generations.

So yeah, if there are some moments in the episode that feel a little ham-fisted or slightly overworked, I tend to look past it. It’s not just that I couldn’t have fathomed the kinds of conversations about addiction associated with the grief over HIV / AIDS on a show like 90210 when I was a teenager, but now in my thirties, seeing those same conversations in itself gives a powerful feeling: a lot is made of what a show looks like Attitude does for younger generations, but I am constantly reminded (especially in those times when intergenerational rivalry and solidarity flares up, such as between Pray and Lemar, or Pray and Ricky) that this chronicle of a strange past is a powerful appeal to our very present .

Watching Blanca, for example, as she navigated a short outing with Christopher’s parents filled with euphemistic barbs (his mother finds the prospect of Blanca having a nail salon ‘stimulating’ and her growing up in the projects ‘colorful’) to then see her standing standing up for oneself is as heartwarming as it is empowering. She may claim to have lost her confidence, but there is something about Blanca that always makes her stand out and stand up for herself. Credit where it’s due: Rodriguez’s ability to capture a fragile but steely resilience is what makes Blanca such a revelation; Watch her in those two “meet the Huxtables” scenes and notice how she constantly shuttles back and forth between cringing herself to be liked and gritting her teeth for forcing herself to do so. By the time she gets up (quite literally), it feels like a vision of the Blanca we know, the one Christopher first fell in love with. It’s a glorious moment of self-empowerment that comes with a loving show of support: dinner has been done again and Christopher has taken on the challenge when, perhaps on another show, he may have failed.

I’ll come back here, as I did in my previous summary, to the way that this is a subtle but unmistakable aspect of the writing in Attitude: These are people who not only root for their characters, but actively create worlds (both imagined and authentic) that allow them to be the self they deserve to be. That’s why, even when the show puts a character like Pray Tell in a situation where he’s clearly headed for self-destruction, you know there will be a light at the end of the tunnel. Does this deprive the show of what we would normally call narrative thrills, as we trust that a happy ending will be inevitable? Perhaps. But as Pray shows in this episode, that doesn’t change it Attitude take all the drama out of such a storyline.

That is, this episode alone could land Billy Porter a new Emmy.

Think about it: in the space of an hour, we see the actor perform a great lip sync (give it up for En Vogue!), Delivering a scathing series of overly personal reads (‘If I wanted advice from a crackhead, I would I walk up the street and ask for it ”), burst into tears when confronted with the prospect of losing Ricky, and finally found his way back to sobriety before checking into upstate rehab. Porter gives you everything: the numbness that comes with alcoholism, the euphoria that comes with an energetic ballroom outing, the genuine frustration that comes with watching friends and former lovers die – all while showing the kids what a seasoned performer can do with a perfectly timed close-up.

Again, Pray’s story feels all too neatly divided, too neat even in the midst of AttitudeThe tendency to keep the episodes tightly packed. I mean, the episode is entitled “Intervention”; Obviously, despite its rich thematic content, this was not designed as a season-long arc. But even at this accelerated pace, there’s no denying that Porter got a feast from an episode (give or take too clever clumsy phrase like, “I drink because I hate myself. And I hate myself because I drink”) .

And just like with Blanca’s storyline (funny how both early episodes sidelined the show’s supporting characters so much, right?), Pray’s moments of self-reflection struck a chord precisely because they utter what then (and perhaps to this day today) with them as they face life in the shadow of HIV / AIDS. What do you do with such pain? What are you doing with the trauma? How do you go on with your life when you face the shadow of death every day? Evangelista’s house is right to call out Pray about his drinking, but they don’t really have too many answers about how to get on better when his body, his life, his friends are constantly reminding what seems like an inevitable outcome. .

That’s what made his outburst during his intervention so painful. Whether you summon Elektra for her megalomania or snap to Papi for riding Angel’s coat, you should see Pray waving his sharp tongue over his loved ones with the same fervor he no doubt keeps to himself. There was no generosity there, just lashing out someone in pain and taking the knife he’d used on himself to hurt everyone around him. That his reads also echoed his stage presence and that his role as an emcee only highlighted how his sour-tongued performances always hid a darker way of seeing the world. But where, amid the glitter of the balls, he had turned that skill into a radiant moment of levity, here the whole was swallowed up by the darkness that so consumed him.

It will be interesting to see what a post-drug addiction clinic and sober Pray looks like both in and out of the spotlight. Let’s hope it gives Porter even more fantastic notes to play as he sketches the last few episodes of one of the most fascinating characters on television.

Dozens across the board

• “Who do you call queer? I am a proud transsexual woman! “I loved Lulu’s almost disposable line during the preparation for the intervention: it was a quick shine on the way umbrella labels like ‘queer’ can often obscure the specific lived-in experiences of those trying to incorporate them.

• I know the show has long framed Blanca as the central mother figure (she was so named by Pray herself in this episode), but can we take a moment to rejoice at Ms. Elektra’s excellent maternity qualities? She may never get a Pietà-like image, but her approach without nonsense and tough love (with Lulu: “The category is: seamstress!”, With Blanca: “You are everything!”, And even with Pray: “Think about you. skincare routine when nothing else! “) remains particularly welcome, especially during scenes where the show’s writing threatens to get all too measly.