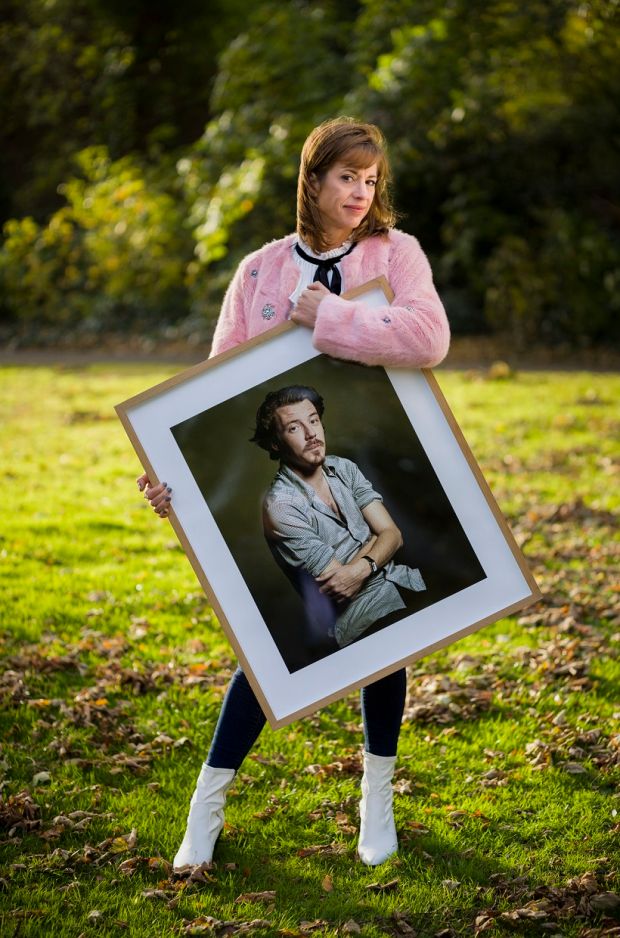 Lung cancer is the leading cause of cancer death worldwide and more than 2,500 people have been diagnosed with the disease Ireland every year, with numbers steadily rising over the past three decades.

Marie Keating Foundation urges people to become aware of the symptoms and has just launched new research that aims to reveal the difficulties of lung cancer patients and the prejudice many face because the majority of people affected are or are smokers been.

But the disease can also affect non-smokers — and regardless of lifestyle choices, no one chooses to get cancer.

Venice Quick and her three sons – Felix (14), Arlo (9) and Casper (7) – know all too well the devastation a lung cancer diagnosis can wreak, as they continue to mourn the loss of her husband and father to the boys, Martin Thomas.

The 49-year-old died suddenly at home with his two eldest sons in February 2018, just five months after being diagnosed with the disease and Venetia, the Q102 Drive@5 presenter, says they are all still reeling from his death. because she has never properly processed the initial diagnosis.

“In retrospect, I can see that Martin probably showed signs of illness for at least six months before he was diagnosed,” she says. “He always had a bit of a beer belly and around May 2017 he started losing weight for no reason. He was also more tired than usual and although he was always coughing badly, he also complained that he felt nauseous most of the time.

“I remember going to a 50th birthday party and meeting a friend we hadn’t seen in a few weeks and she was shocked at the amount of weight Martin had lost and told him to see the doctor.”

As with many things in life, the trip to the GP was postponed and the family went on holiday where Martin’s cough got worse until one day he started coughing up blood – so immediately on his return the music promoter decided to seek medical advice to win .

He was referred to the hospital where several tests had to be performed, so he was admitted and stayed there for several weeks until both he and Venetia were called to hear the results of the tests – the worst possible news.

“When Martin was first admitted, doctors thought he might have TB, so a lot of scans and tests had to be done,” she says. “When I was asked to come in to hear the results, I started to worry. But nothing could have prepared me for the news that he had stage 3b lung cancer. I felt like I was in a scene from a movie where you would see someone hear some devastating news – it was like it wasn’t really happening to us.

‘It was not curable’

“The doctors said they could treat and control the cancer, but it could not be cured and due to the size and location of the tumor, it was inoperable. I felt completely numb but went to work and then to tesco to run errands without any idea what I was doing or buying. I think I just tried to carry on without admitting what was going on.”

Immediately after the diagnosis, Martin started chemotherapy and radiotherapy. Since their eldest son was just starting high school, the couple tried to keep life as normal as possible, while working on the belief that because he was quite a young man, the treatment might just work.

“We just tried to keep going and balance the guys,” Venetia says. “Martin stopped working because he was extremely tired all the time, but he still managed to do things with the kids while I continued with my work, school and tried to keep calm. We knew we didn’t have much time left, but there was no indication of immediate danger.

“The night before he died, we were talking about picking up the boys from school and going on vacation together for a month. Martin was in flying form and even joked about the possibility that he might not die at all after letting the kids miss so much school.”

The next day – February 11, 2018 – Venetia took her youngest son to his first football practice at Herbert Park in Ballsbridge and was passed by several emergency vehicles as they walked. Little did she know that they were attending her husband, whom she had only recently parted with.

“Martin wanted to ride Casper to practice, but I said it would be better to walk because he would expect to do that regularly and we didn’t know if this would be possible in the future,” she says. “As we walked, an ambulance and fire engine yelled by and Casper noted that they were in a great hurry.

“My phone was on silent because I liked being with the guys on the weekends, so it wasn’t until I looked at it a little later that I saw several missed calls from home.”

Venetia rushed back home and was faced with the tragic reality that her husband had collapsed and died instantly in the short time she was gone. Her two oldest boys had been with him when it happened and were understandably completely traumatized by the event.

Now, 18 months later, the family is still trying to cope with their unimaginable loss and the mother of three says people should be aware of the signs of lung cancer because early detection could mean spending more time with loved ones.

“If Martin had gone earlier to be checked, maybe we as a family would have had more time together and maybe time to say goodbye,” she says. “My last text to him was to ask him to empty the dishwasher and that is definitely not what I would say if I had known.

“When we were diagnosed, we thought he might have had at least 18 months or two years, but the reality was only five months, which was way too little. We are now in our second year without Martin and I find the grief so much harder because I think it has really sunk in that this is the reality and he is actually gone. I am so sorry I didn’t spend more time together as a family and I wish I hadn’t gone into work mode when I heard the terrible news but it was just my way of coping.

“Awareness of the early signs can give someone extra time – so my advice to those concerned about symptoms is don’t be afraid to hear bad news, give yourself the best chance and see your doctor if you’re concerned.” And if you’ve just been diagnosed with cancer, make the most of the time you have left – it’s tempting to run away and bury your head in the sand, but whether the cancer is incurable or not, waste no time with your loved ones.”

To keep her husband’s memory alive, Venetia helps promote a fundraiser evening at the Sugar Club in Dublin for the benefit of the Martin Thomas Trust.

Strictly Handbag will take place on September 21 and all proceeds will go to the trust, in partnership with Jigsaw, a mental health charity.

Tickets cost €20 and more information can be found at stricthandbag.com and thesugarclub.com.

– More than 2500 people in Ireland are diagnosed with lung cancer every year Jaarlijks
– It is the leading cause of cancer death in Ireland and worldwide and
– Five-year survival is only 17.9 percent
– Lung cancer incidence has steadily risen over the past three decades and is expected to increase by 141 percent in women and 61 percent in men by 2030
– Ninety percent of all lung cancers are due to smoking and the risk is directly related to the number of cigarettes smoked each day and the years smoked
– Abstaining or quitting smoking is the most important thing you can do to avoid developing lung cancer
– It is more common in people over 65, in fact 75 percent of lung cancers occur in people over 65
– Chronic lung disease can cause cell changes and increase the risk of lung cancer
– Exposure to radon (a natural gas that can be found in the air or in buildings) increases the risk, especially in smokers
– Exposure to asbestos and some chemicals, work as a painter, indoor emissions from coal burning in households, and a family history of lung cancer may also increase risk
– Most cases of lung cancer are diagnosed at a late stage, so it is important that the symptoms are recognized and that early detection is of great importance

Symptoms include:
1. A cough that doesn’t go away or a change to a long-lasting cough
2. Shortness of breath or wheezing
3. Repeated respiratory infections that don’t go away even after antibiotics
4. Coughing up blood-stained mucus (sputum)
5. Pain in your chest, especially when you cough or inhale
6. Feeling more tired than usual and/or unexplained weight loss
7. Hoarse voice, difficulty swallowing or swelling in the face or neck