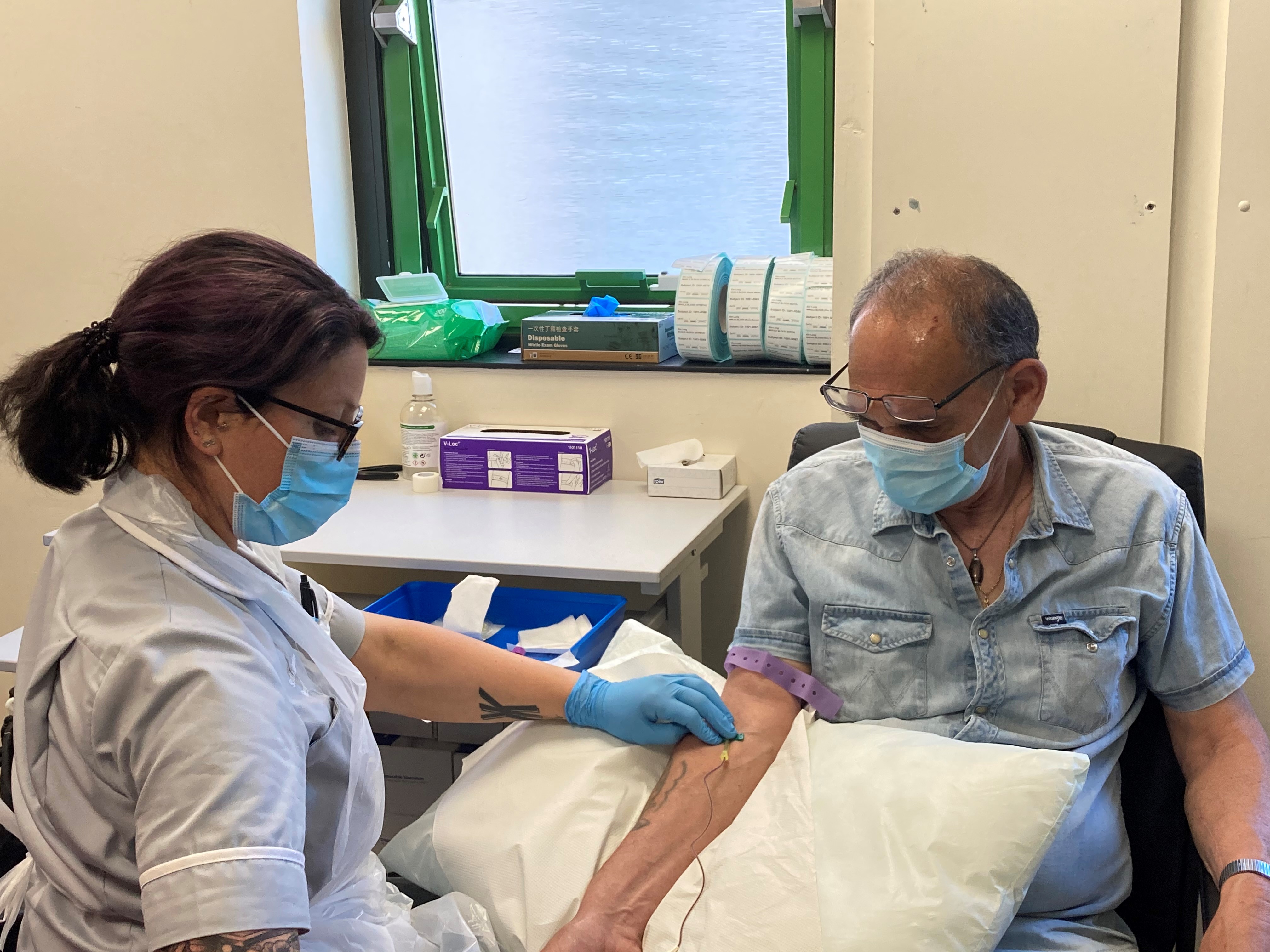 A new test is being tried to improve early diagnosis of lung cancer, which could increase patients’ chances of survival.

Over the next three years, a total of 10,000 people in Hampshire and Yorkshire will be invited to undergo iDx Lung’s new diagnostic tests.

Peter Johnson, professor of medical oncology at the University of Southampton, said: “We know that lung cancer can be treated successfully if we catch it early, but too often it can go unnoticed and be picked up at a late stage when treatment options are more limited.” .

“By using some of the latest molecular technology for this problem, we hope we can find better ways to detect lung cancer at an early stage and ensure that people have the best chance of a cure.”

Victoria Goss, program manager for iDx lung at the Southampton Clinical Trials Unit, said: “These samples will be analyzed for changes that may indicate early signs of cancer development.

“The aim is to determine whether using simple biological tests in addition to the Targeted Lung Health Check program can help increase the number of diagnoses in people with early signs of lung cancer so that they can start treatment quickly when it is much more common.” more likely to succeed.”

Brian Gray, 72, from Southampton, who was one of the first to participate, said: “At my age, I think it’s a good thing to be part of research. If there’s something in my body that can help someone else, that’s great.”

Every year in the UK, 25,000 people are diagnosed with advanced lung cancer, making it the leading cause of death from cancer in the UK and worldwide.

Screening with CT scanning is being tested by the NHS and it is hoped that the iDx Lung study will not only increase early detection rates but also find more cost-effective ways to diagnose the disease.

The trial is funded by a £2.75 million grant from the UK Research and Innovation’s Industrial Strategy Challenge Fund (ISCF) and £750,000 from Cancer Research UK and is part of a total investment of £10 million from the Early Government Diagnosis Mission.

“Trials have shown that CT scans of people at increased risk of developing the disease can reduce lung cancer deaths, but combining CT screening with biomarker testing using blood and nose samples could help identify more cases of disease in a early stage, which is easier to treat and we hope this will lead to more people surviving their lung cancer.”