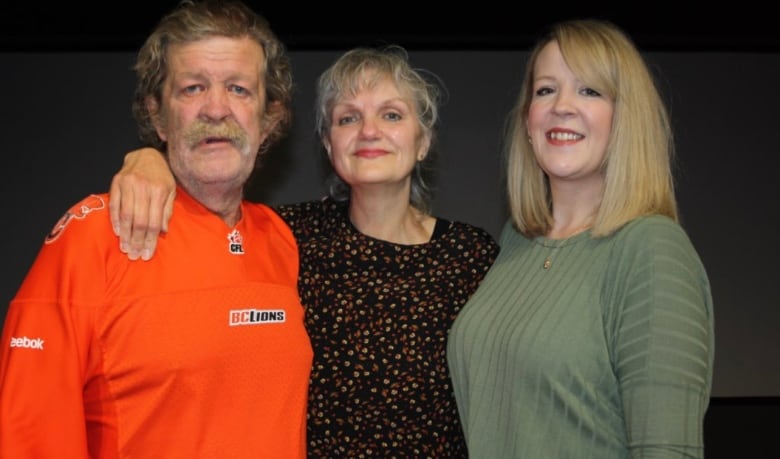 Regina resident Richard Baron was due to have surgery this week – one that would have been the first step on his journey to treatment and recovery.

The 64-year-old was Diagnosed with lung cancer on April 9, which has spread to his brain. The surgery his family had this week would have removed the tumor in his brain. Without surgery, Baron cannot start oncological treatments such as chemotherapy.


The reason doctors delayed it was Regina’s overcapacity in intensive care. Baron would need intensive care after his tumor had been removed, and the general hospital just doesn’t have the beds.

On Friday, the provincial government said 52 people across the county are in intensive care because of COVID-19 – another spike during the pandemic.

Thirty-five of those IC cases are in Regina.

Doctors told Baron’s wife, Belinda Chorney, that the surgery was definitely not going to take place in April, but maybe in early May.

Ashleigh Woytuik, the daughter of Baron and Chorney, says it depends entirely on the availability of ICU beds.

“In situations like this, when cancer is discovered in one part of the body and has spread to another, treatment is started immediately because the cancer is already in a progressive state,” said Woytuik.

Baron has been prescribed anti-epileptic drugs and steroids to help with the area of ​​his brain where the tumor is putting pressure. Woytuik says the steroids helped with the swelling, but the tumor affects Baron’s short-term memory. He is not allowed to be left alone because he tends to wander.

The delay in the surgery has been extremely hard on her father and her family, she says.

“It has had a huge emotional impact on him. He doesn’t sleep very well at night … just knowing it’s in his body, and nothing really is being done about it.”

Meanwhile, Chorney is Baron’s main caretaker. She has been on sick leave to care for her husband, but will soon be on benefits, says Woytuik.

“The sooner this operation takes place, the sooner my mother can get money to take care of my father.”

Vicki Mowat, the NDP Opposition health critic, raised Baron’s case in the legislature on Friday, calling on the health minister to meet and assist the family.

“Richard and his family are suffering because this government has runaway COVID-19. The least the minister could do is spend some time talking to them, listening to them and helping to resolve their situation,” said Mowat.

“Richard Baron is just one example of the many people who depend on the health system who are dealing with cancellations and dangerous delays in care.”

Health Minister Paul Merriman said the province does not deal directly with families in such cases, but it is up to health workers to triage patients – and decide who can receive care now and who cannot.

The province has a plan for a sudden surge in field hospital care if Saskatchewan’s hospitals are exceeded due to COVID-19. But there is no plan for patients like Baron who need intensive care.

Woytuik says she knows her family isn’t the first to face acute care delays because of COVID-19, and she won’t be the last.

“If we knew that COVID was at risk of running so rampant and filling our IC beds, why weren’t there more precautions like [NDP Leader] Ryan Meili has been calling all the time – to increase ICU capacity and make sure there are beds available that are not related to COVID? “, Said Woytuik.

“We’ve been dealing with COVID for over a year now and it doesn’t feel like anything has been done that has actually helped the people facing such situations.”

Woytuik says she wants the province to show faces to the families dealing with the stressed health care system in Saskatchewan, not as statistics.

‘My dad is not just any number. He is a father. He is a husband. He is a grandfather to my children. He’s a brother.

“His life is important to me and my family, even though his life doesn’t affect those who make decisions around COVID.”