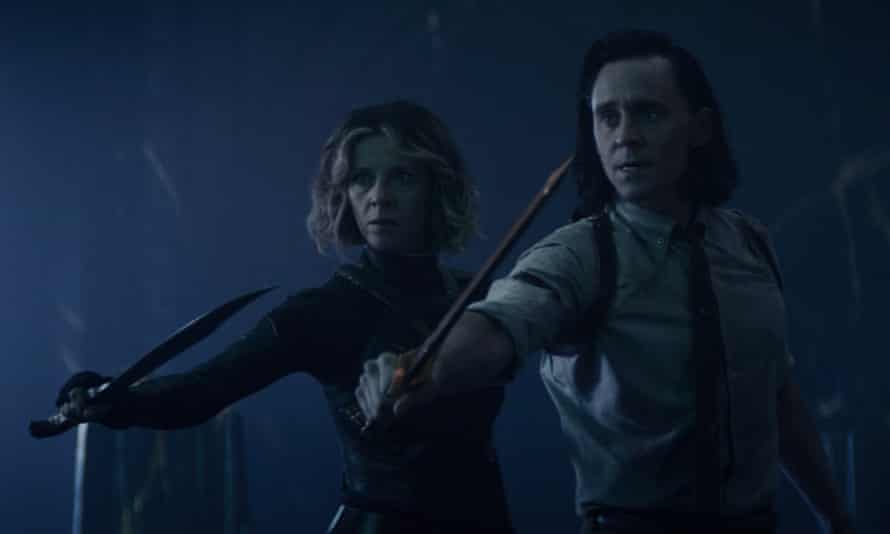 The series finale delivered everything we imagined and more, featuring the most narcissistic kisses in the multiverse plus the big reveal about who really made the TVA

Spoiler alert: this blog is for people watching Loki on Disney+. Don’t read on unless you’ve seen episodes 1-6

Let’s not beat around the bush. CAN! Sorry, He Who Remains, played by Jonathan Majors. Some time ago it was announced that the actor, best known for his performance in lovecraft country, would be playing the character in the upcoming third Ant-Man movie, and while there have been some hefty hints of his existence in this series, I didn’t think we’d see him debut in the finale. I thought, like many others, that Mephisto would appear in WandaVision. Having been burned before, I started to think I would let the internet hype train take over again.

So it was a thrill to see Kang sitting behind that elevator door in the Citadel Beyond Time. A major character in the comics, debuted in 1963, Kang’s most commonly seen fighting the Avengers. I fully expect him to survive every encounter with Scott Lang and Hope Pym and become the next Thanos-level villain in any Avengers movie in Phase 5 of the MCU. We’ll have to wait for that, though: Ant-Man and the Wasp: Quantumania won’t be released until 2023, and there’s currently no Avengers movie on Marvel’s roster.

If he wasn’t behind the door, who could be plausible? Many commentators suggested it would be another Loki variant, while Miss Minutes has become more sinister through the episode. If she’d been going all of HAL 9000 here, it wouldn’t have been much. However, Kang’s arrival made more sense – if a 31st century scientist discovers multiple versions of existence, wins a multiverse war, and sets up the TVA to control all time is what you call sentence.

I thought Majors was fantastic: playful and skittish one minute, chilling the next, shot through with infinite knowledge and acceptance. Nice threads too.

In a series that has few references to The Wizard of Oz (episode five saw Classic Loki create a true emerald green version of Asgard), it was only right that one man was behind the curtain, though where Oz hid to appear powerful , Kang drastically is more dangerous than he seems. “If you think I’m bad, just wait until you meet my variants.”

Once upon a time when Loki was offered victory in New York, the Infinity Gauntlet and the throne of Asgard would have been enough to make him betray someone. We’ve seen him sit on Odin’s throne, own a few Infinity Stones and, as the President Loki variant in episode five, defeat the Avengers in New York, so maybe he turned down Miss Minutes’ offer because he knows how those things turn out. . Or maybe he has really changed and does love Sylvie.

“We now write our own destiny,” he says, using the royal we. “Of course you do,” Miss Minutes says, before disappearing to mock Ravonna in her office.

It was understandable given the work it took to properly introduce a character like He Who Remains, but I couldn’t help but notice that Loki and Sylvie were sidelined in this finale, relegated to bystanders while others around them were more had fun. At least they got to kiss for the first time, which at first glance was always the direction this was going, but when you think about it – they’re basically the same person – it’s a little unsettling anyway. There’s narcissism, and then there’s this.

By killing He Who Remains, creating anarchy in the timeline, and paving the way for the return of a number of Kang variants, Sylvie has caused unprecedented chaos. No doubt all the Marvel heroes will be involved, and Phase 4 owes her for that.

Owen Wilson didn’t get much to do here, and the showdown with Ravonna, a terrifying former fighter, would always end with him on the ground, holding his chest. But it was a pleasure to see him on screen, safe and ready for season two. Meanwhile, B-15 has embarked on its mission to expose its colleagues to the truth that they are all variants by showing one of them the real version of Renslayer, a teacher in Fremont, Ohio, in 2018, not a judge. at the TVA.

Overall, I found Loki to be a thoroughly enjoyable series, with room for improvement. Initially, I was concerned that giving a relatively small MCU character would be a spin-off, but it offered so much more room for maneuver than one with a more established hero.

As with WandaVision, it was gratifying to see Marvel push the boundaries thematically with high-concept stories that didn’t rely on the CG displays that detractors say define the genre.

For season two, I’d love to see Loki evolve into something more episodic, not unlike The Mandalorian, which manages to successfully have a story of the week with a tapestry of new characters still serving a broader storyline.

I liked the new Marvel stitch at the beginning of the episode and loved putting all the snippets of dialogue together. Nice to hear Korg there alongside T’Challa, Captain Marvel, Vision and a blast of Steve and Peggy’s dance music. However, I couldn’t place the fighter jet flying over the screen. Any ideas?

The pens on the real Ravonna’s desk read Franklin D. Roosevelt High School, just like the pens Judge Ravonna valued so highly. How did she get that pen?

The final scene, after it became clear that Mobius and B-15 no longer recognized Loki, reminded me of Planet of the Apes, when George Taylor discovers the Statue of Liberty, or even Tim Burton’s 2001 version, which ends with Leo Davidson discovering the Lincoln. Memorial has become a monument to General Thade.

What did you think? Did you enjoy the series? Did you expect Kang to appear? What will Ravonna do when she gets to the citadel? Are you coming back for series two? Give your opinion in the comments below