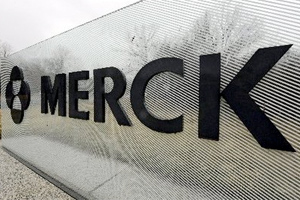 Merck & Co has reported mixed results from a phase 3 trial of its cancer immunotherapy Keytruda, as it seeks to expand the drug’s use to first-line therapy for extensive stage small cell lung cancer (SCLC).


The results of the KEYNOTE-604 studies show that when Keytruda (pembrolizumab) is added to chemotherapy, patients live longer without their cancer getting worse – progression-free survival or PFS – confirming the results of an earlier interim analysis.

However, the checkpoint inhibitor was unable to improve overall survival (OS), which is considered a more robust indicator of a cancer drug’s benefit.

The study enrolled 453 patients with newly diagnosed advanced stage SCLC, who were randomly assigned to either Keytruda or placebo on top of standard first-line chemotherapy with etoposide and the clinical investigator’s choice of platinum-based chemotherapy.

Currently, Roche’s Tecentriq (atezolizumab) is the only drug in the immuno-oncology checkpoint inhibitor class approved for this patient group, which was able to show significant improvement in OS in the IMpower133 study.

However, further follow-up to that study suggested that the survival curves for placebo and Tecentriq had begun to converge with further follow-up — at least according to a review of the data by UK cost-effectiveness agency NICE, which recently reviewed the use of Roche’s drug in this study. setting in concept guidance.

Another checkpoint inhibitor in development for this use is Imfinzi (durvalumab) from AstraZeneca, which is heading for regulatory decision in Europe and the US later this year in previously untreated SCLC based on data from the CASPIAN trial, which also showed significant improvement in both PFS and OS.

The results of KEYNOTE-604 suggest that Merck may struggle to match the dominance it currently enjoys with Keytruda in the large non-small cell lung cancer (NSCLC) market to the SCLC category.

SCLC accounts for about 10% to 15% of all lung cancer cases, according to Merck, and has a poor prognosis with a five-year survival rate of about 6%, at all stages of the disease at diagnosis.