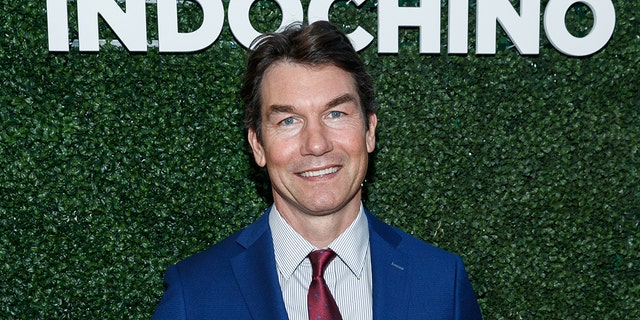 O’Connell’s addition to the long-running daytime talk show was announced on Wednesday’s episode. The 47-year-old actor entered the studio dressed as Rocky Balboa with “Eye of the Tiger” playing in the background.

“It’s really exciting,” he said after entering. “First of all I want to say that you ladies have been so welcoming to me, I mean I came here as a guest, months ago, and from the moment I walked in, you’re just gracious, you’re kind, you’re fun, and it worked .

“And here we are and we’re going to have a lot of fun, really.”

Jerry O’Connell becomes the first male co-host of ‘The Talk’ when he replaces Sharon Osbourne. Osbourne left the show in March after she was accused of being racist for defending Piers Morgan’s comments about Meghan Markle.

‘THE TALK’ RENEWED FOR SEASON 12 AFTER SHARON OSBOURNE EXIT DRAMA

O’Connell replaced Osbourne, who left the show after getting into an on-air argument with co-host Underwood. The two discussed Piers Morgan’s comments about Meghan Markle and Prince Harry’s all-encompassing interview with Oprah Winfrey.

The feud began after Osbourne defended Morgan’s right to share his views on Markle.

The Osbourne-Underwood debate eventually sparked an investigation after Welteroth complained about “a racially insensitive and hostile environment” on “The Talk,” according to the Daily mail.

However, audio obtained by the Daily Mail – and published on Wednesday – is said to have caught co-host Welteroth assuring Osbourne that no one thought she was a racist after the on-air argument. Welteroth even claimed that the co-hosts were “set up” at the time.

Osbourne later spoke out about the controversy during an interview with Bill Maher.
(Monty Brinton/CBS @2021 CBS Broadcasting, Inc. All rights reserved.)

Despite her personal promises to Osbourne, Welteroth denied that the co-hosts had been set up during a speech on the show, the Daily Mail reported.

Osbourne later spoke out about the controversy during a… interview with Bill Maher.

“Disagreeing with someone doesn’t make you a racist in my book.”