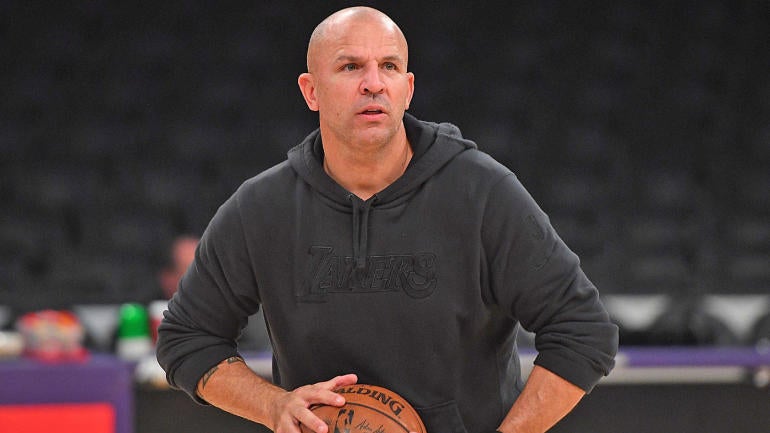 The Los Angeles Lakers were eliminated by the Phoenix Suns on Thursday, marking the first time LeBron James lost in the first round. Now the focus is shifting to the off-season changes, both on the field and on the sidelines, and one story to keep an eye on is LA assistant coach Jason Kidd’s surging stock.

Kidd, who has been head coach at both the nets and money since ending his Hall of Fame career, he is expected to interview with the Boston Celtics for their vacancy, by Chris Haynes of Yahoo, who also reports that Kidd would be a top target of the Portland Trailblazers if they choose to part ways with current coach Terry Stotts after their own first-round loss to the nuggets.

The Lakers front office raved about assistant coach Jason Kidd, telling how he was a phenomenal presence in the organization, from his innovative ideas to his communication skills and ability to rally the troops, sources said.

Kidd – who previously served as head coach in Brooklyn and Milwaukee – is expected to give an interview for the Opening Head Coach Boston Celtics and is expected to be a top target of the Portland Trail Blazers with Terry Stotts expected to be relieved of his duties after nine seasons with the team, sources said.

The Lakers believe Kidd should be a top contender among all NBA coaching appearances available.

Marc Stein of the New York Times hears the same of Portland’s anticipated interest in Kidd.