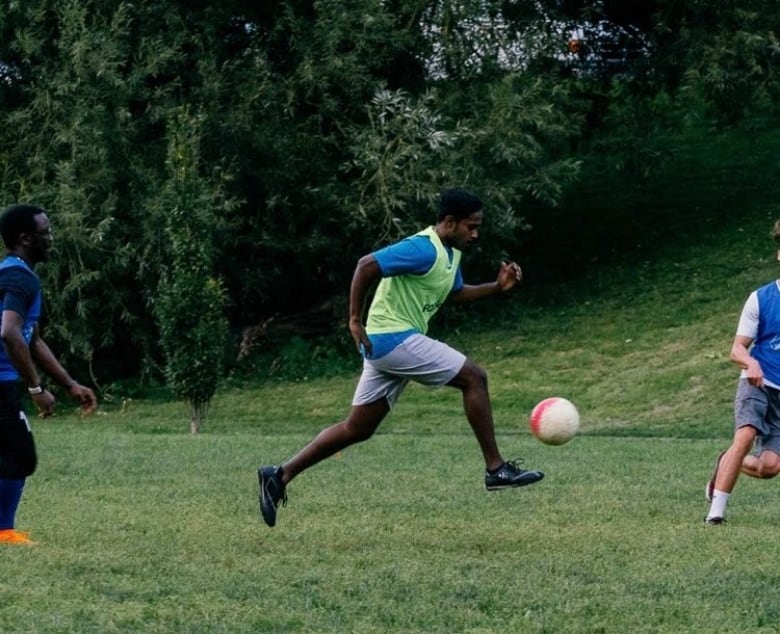 Three years ago, Godwin Scott graduated from Carleton University with a student loan debt of about $120,000.

Today he is debt free.

“I’ll be honest, it didn’t hit me that night,” said Scott, 26, who paid off his last student loan last October in the midst of the pandemic. “I still feel strange, knowing I don’t owe anyone anything.”

Scott is one of many post-secondary students who spoke to CBC Ottawa in 2017 about what they owed and how it affected their lives. We followed to see where they are now and how they are paying off the rest of their debt.

Scott, an international student at the time, was in debt to an Indian bank that charged about 13 percent interest. He said he leaned on the advice of financial experts and used Canada’s college tuition credit to defer taxes for a few years, but his best strategy was to get his foreign loan paid off as quickly as possible.

“When I graduated, I had a conversation with my friends [and family]. I’ve asked them to lend me maybe a few thousand dollars, which I could pay them back in a few months,” explained Scott, who said a handful of people trusted him and lent him money with no interest.

“[There] there was an element of faith involved,” he said.

Scott used the roughly $50,000 he borrowed from family and friends to cut his bank loan by nearly half. He lived frugally in the basement of a pastor’s house, paying $500 a month in rent, which allowed him to spend about 80 percent of his salary on his student loans.

As time went on, he was able to reduce the portion of his income earmarked for debt service to about 60 percent.

“One thing I want to share with the students coming to Canada is… you are responsible for quickly paying back what you borrowed,” he said. “Because that is financially the best way to freedom.”

Troy Curtis graduated from Carleton in the summer of 2019 with approximately $17,000 in debt through the Ontario Student Assistance Program (OSAP) and a line of credit. He also had thousands of dollars in credit card debt for living expenses during school.

Curtis, 25, who is now a freelance digital marketing consultant and photographer, has about $10,000 left to pay.

“After graduating, the most important thing for me was… making sure I found a job right away,” he said. Curtis eventually found a job with a non-profit organization as well as working freelance as a graphic designer and wedding photographer.

“Then I could really start tackling my credit card debt every month,” he said. It took a year and a half to pay off the card.

During the pandemic, Curtis’ work-from-home situation remained static, but he found himself contracting more due to the increased demand for virtual conferences and other projects. He made bigger dents in his debt and was saving for the future, perhaps for a house, so he approached a financial advisor.

Curtis says he is now optimistic about his financial future.

Lauren Paulson, 27, graduated from Algonquin College in December 2018 with about $50,000 in debt — more than half of it through OSAP and the rest through a line of credit with her bank.

Less than three years later, the X-ray technologist with CHEO has crushed about $30,000 of them, “which I’m pretty happy with,” Paulson said.

Paulson said she is “extremely lucky” to have found a job right after school. She said her strategy was largely focused on keeping her expenses low, and she’s grateful that her partner was able to buy a house, a “big factor” in her ability to pay off her debt so quickly.

“If I was in that situation, spending so much of my paycheck on rent every month, I wouldn’t have been able to pay off that much debt until now,” she said. “In that sense, luck was on my side.”

Paulson also focused on her line of credit, which has a higher interest rate. Now she is turning her attention to OSAP, which has given her an interest-free grace period during the pandemic.