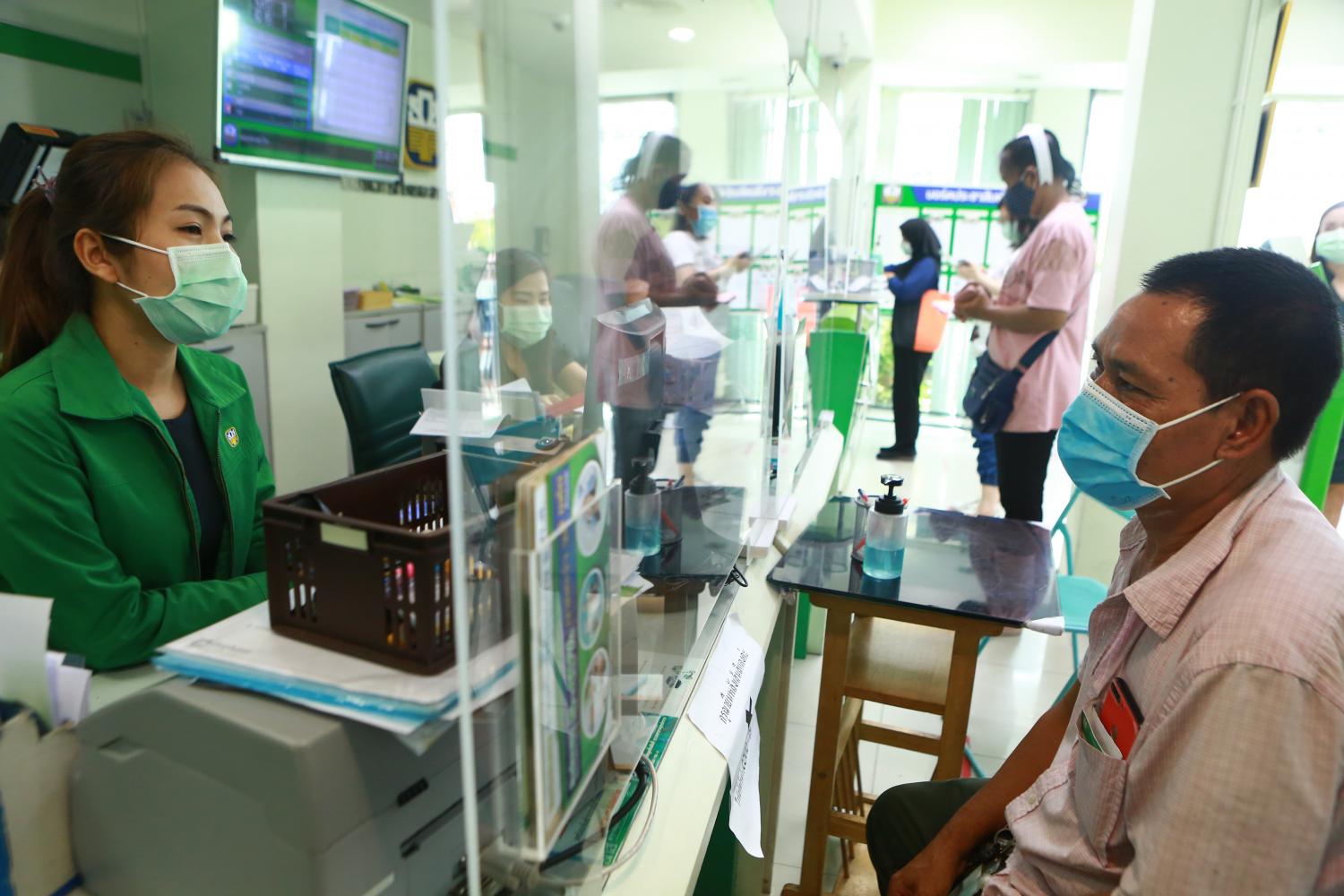 Several authorities need to work together to tackle household debt

Farmers seek help from the Samut Prakan branch of the Bank for Agriculture and Agricultural Cooperatives (BAAC). The BoT plans to expand its partnership with BAAC to reduce farmers’ debts. (Photo: Somchai Poomlard)

The Bank of Thailand (BoT) has consulted with relevant authorities to find ways to reduce the country’s debt burden, starting with cooperatives and student loans with a view to expanding next year to cover farmer loans.

The country’s household debt is made up of financial and borrowing sources, including sources not under the control of the BoT. As a result, the central bank needs the cooperation of other authorities to reduce the country’s debt burden.

Ms Thanyanit added that the central bank plans to consult with the teacher cooperatives, police cooperatives and the Student Loan Fund to identify debt solutions for borrowers. In addition, the central bank will help design the debt repayment structure of these organizations in accordance with the income, debt burden and other related factors of each borrower group.

In addition, Ms Thanyanit said that the BoT plans to expand its partnership with the Bank for Agriculture and Agricultural Cooperatives (BAAC) to reduce farmers’ debts. Given the different borrower segments, the risk profile, the debt payment model of farmer loans depending on the harvest season, the central bank needs more time to consider a solution for farmer debt.

In the first quarter of this year, household debt in Thailand rose to 14.1 trillion baht or 90.5% of gross domestic product (GDP). Household debt was largely made up of commercial banks representing 43% of total debt, followed by specialized financial institutions at 29%, cooperatives at 15%, car leasing companies at 6%, credit card and personal loans at 4% and others at 3% .

She said the BoT has implemented several debt relief and debt restructuring programs to help retail and small and medium-sized enterprises (SMEs) borrowers who have suffered from the outbreak. The number of borrowers — including individuals, SMEs and companies — who have joined the debt relief program peaked at 7.19 million in July last year, after the BoT launched the first phase of its debt relief program in April of the same year.

A total of 7.19 million borrowers have applied for the central bank’s debt relief program, of which approximately 4.06 million are private borrowers and 2.25 million SME borrowers – the two borrower segments that represent the largest number of total borrowers. Meanwhile, the number of participants in the debt relief program has decreased since August last year and some of them could end the financial support and pay their debts normally.

As of May 2021, the total number of borrowers applying for the debt relief scheme was 4.9 million, representing a total line of credit of 3.2 trillion baht. Of the total borrowers, 4.4 million were individual borrowers with a total credit line of 1.6 trillion baht, followed by about 500,000 SMEs with 1 trillion baht and 2,060 companies with 600 billion baht.

In addition to debt restructuring measures, the central bank has also implemented other debt solutions, including a debt mediation project. The project has received good response from borrowers.