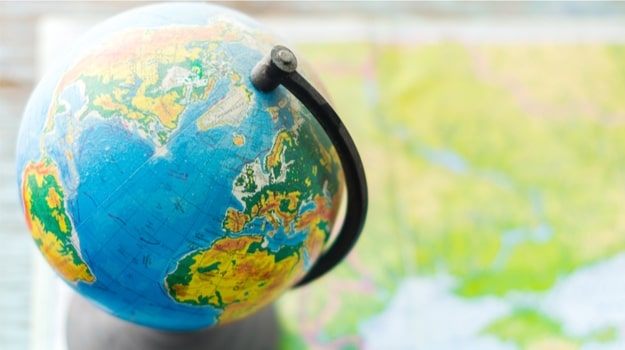 based in Paris ipsen received Fast Track designation from the U.S. Food and Drug Administration (FDA) for Onivyde (irinotecan liposome injection) for study patients with small cell lung cancer (SCLC) who progressed following a first-line platinum-based regimen. Onivyde, in combination with fluorouracil and leucovorin, was previously approved for the treatment of patients with metastatic adenocarcinoma of the pancreas following disease progression following gemcitabine-based therapy.


The designation marks the second Onivyde achieved in the past six months. In June, the FDA granted Onivyde designation for patients with previously untreated, unresectable, locally advanced and metastatic ductal adenocarcinoma of the pancreas.

Ipsen is conducting an ongoing Phase III study evaluating Onivyde as monotherapy for patients in the SCLC study who have progressed on or after platinum-based first-line therapy.

Howard Mayer, head of research and development at Ipsen, called the Fast Track designation for Onivyde “an extension of Ipsen’s focus and contribution” to the oncology landscape.

“With this aggressive and often late-stage diagnosed form of lung cancer, we are proud to be one step closer to making another treatment option available to patients,” Mayer said in a statement.

Lung cancer is the second most common cancer in the United States. In 2020, the American Cancer Society estimates that there will be approximately 228,280 new cases of lung cancer in the country. SCLC comprises 10% to 15% of all lung cancers and is a very aggressive cancer with about 70% of people having metastatic disease when diagnosed.

Elsewhere in the world:

GENFIT– France’s GENFIT announced the completion of the partial repurchase of GENFIT’s 6,081,081 convertible bonds maturing in October 2022. The company said it had achieved satisfactory results. Once the buyback is complete, the company will announce the final results.

HZI – Germany’s Helmholtz Center for Infection Research (HZI) has received two awards worth up to $15 million from CARB-X for the development of non-traditional approaches to antibiotic-resistant pathogens. The goal is to develop a first-class treatment for Staphylococcus aureus infections and thereby prevent the worsening of pneumonia. The drug is a small-molecule inhibitor of the S. aureus α-hemolysin, a virulence factor responsible for the pathogenicity of the bacterium and its ability to cause infection and disease. The drug is said to disarm the pathogen’s main toxin that causes damage to lung tissue and immune cells. In addition, HZI wants to develop a new treatment for difficult-to-treat Pseudomonas aeruginosa infections in patients with cystic fibrosis. The new “pathoblocker” treatment aims to disarm pathogens and suppress the disease-causing properties of P. aeruginosa bacteria, instead of killing the bacteria as an antibiotic would like to do. By rendering the pathogens harmless rather than killing them, the selection pressure on the pathogens is alleviated and resistance is likely to develop more slowly.

TSK Laboratory – The Netherlands-based TSK developed a new needle that could save 4% to 8% of vaccine doses, which could prevent parts of the preventive COVID-19 drugs from being wasted. A conventional needle has an average dead space of 45 microliters, the amount of vaccine or drug wasted per injection. TSK Laboratory developed an inventive and patented needle in 2014 that reduces this average dead space to 14 microliters. TSK said its Low Dead Space technology prevents wastage of liquid vaccine when it is removed from the container, ultimately extending the number of doses available.

4D biomaterials – Innovate UK has awarded 4D Biomaterials, a spin-out of the University of Birmingham Enterprise and Warwick Innovations, for the development of a new commercialization of a new class of liquid resins that can be custom printed into bioresorbable 3D tissue scaffolds for accelerated and improved wound healing after major surgery.

tubulis – Germany’s Tubulis has entered into a strategic partnership with WuXi STA and WuXi Biologics to produce Tubulis’ next-generation antibody-drug conjugates (ADCs) and advance toward studies that enable the IND. Tubulis has developed a two-platform approach to generate uniquely matched and disease-specific ADCs that combine selective antibodies with effective payloads. Tubulis recently completed a €10.7 million Series A to expand the therapeutic potential of ADCs and enhance its uniquely versatile and adaptable ADC technology portfolio. The company uses two proprietary technologies to address the limitations of currently approved ADCs, including stability and payload induced toxicity.