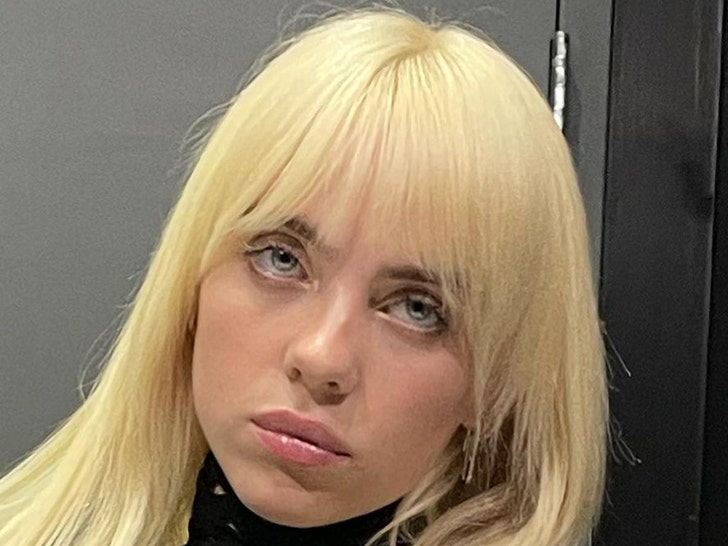 sorry… Billie Eilish admits she has more than a few, but she says the internet won’t let her, or the world, forget any of them…and that constantly makes her cringe.

Billie was referring, at least in part, to the recently resurfaced video of her using an epithet and speaking in a stereotypical Asian accent… when she told Vogue Australia: “I said so many things then that I totally disagree now. , or think the opposite.” 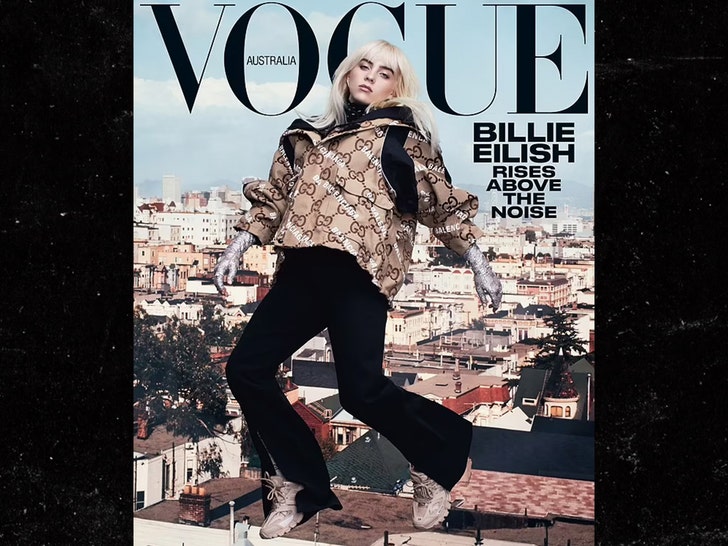 She said that video was from when she was 13 or 14, and the now 19-year-old singer says: “The internet is bringing up things from everyone’s past and I’m like, don’t you guys understand that everyone is incredibly ashamed and ashamed of their past?”

Well, not everyone has used racist expressions or swear words… but you get her point – and to her it sounds like social media makes it impossible to let go of past mistakes.

“The weirdest thing is that nothing ever goes away once it’s on the internet. Every interview I did when I was 15 is still there, and I think about it all the time.”

Billie has already admitted that she was “embarrassed and upset” when the video appeared on TikTok, showing her the slur, “ch**k”, in the mouth as she sang along to Tyler, the Creator‘s song, “Fish.” 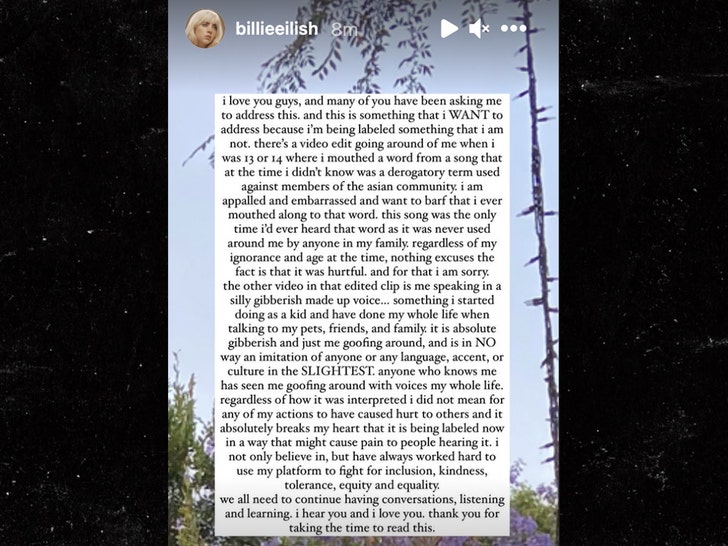 In her statement, she added that at that age she was unaware that the term was derogatory to the Asian community.

While fans can forgive her, forgetting is a whole different challenge… at least for Billie.