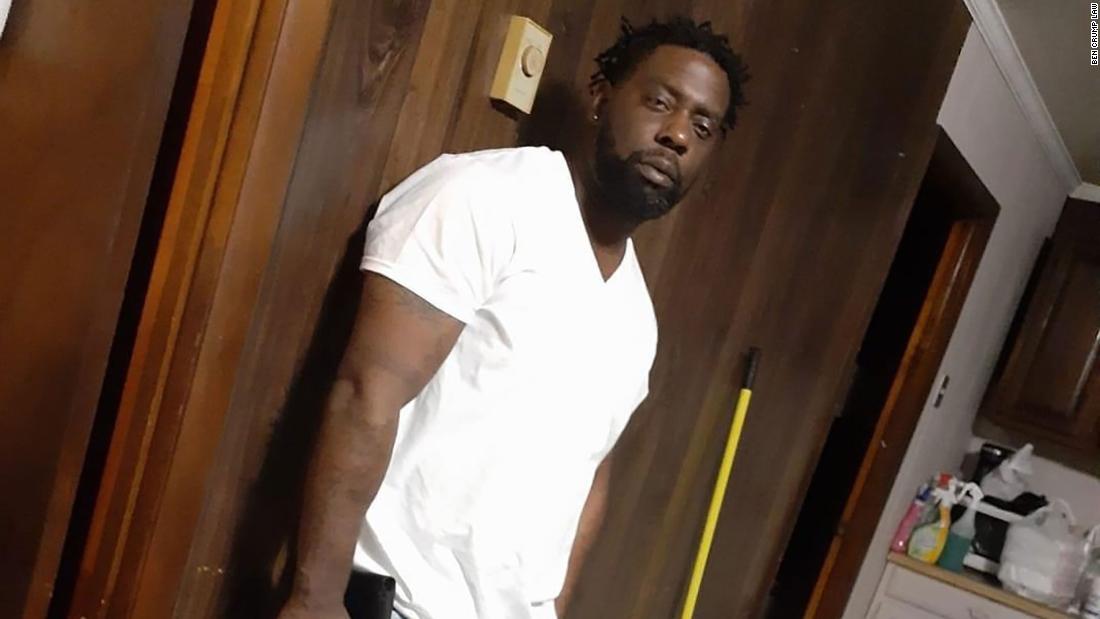 Authorities have released few details as to what led to it shoot on April 21, when Andrew Brown Jr. was fatally shot by Pasquotank County deputies attempting to carry out an order. An independent autopsy commissioned by Brown’s family and their attorneys said Brown sustained five gunshot wounds – four to the right arm and one to the back of his head.

State law requires a court order for the release of camera images of the body. A judge in North Carolina ruled Wednesday that Brown’s family would be allowed to see the camera footage of the shooting, but the videos would not be made public for 30 days.


Earlier in the week, Brown’s family was able to view a short clip of about 20 seconds of footage. which a family attorney said was an ‘execution’.

Only two family members, including Brown’s son, Khalil Ferebee, were able to see the footage, along with legal representatives, one of the family’s lawyers told CNN on Sunday.

The family and the prosecutor have made several statements as to what happened, with the latter saying in a court hearing last week that deputies fired when the car Brown was driving contacted police. But the family and their lawyers said Brown drove off to save his life.

The shooting is under investigation by the North Carolina State Bureau of Investigation. The FBI has also opened a federal civil rights investigation into the shooting, the agency’s field office in Charlotte said.

“I want you to hear the pain in this community. The pain, the screams you all hear, the pain you all hear – this is pain,” family attorney Chantel Cherry-Lassiter said at a news conference last year. Tuesday. “And a lot of time pain is interpreted as rebellion or however people want to interpret it. Call it what it is. It’s painful for this family. It’s painful for this community.”

Brown’s funeral service follows that of at least two other black people who have died in encounters with law enforcement officers in recent weeks: Daunte Wright and Ma’Khia Bryant.