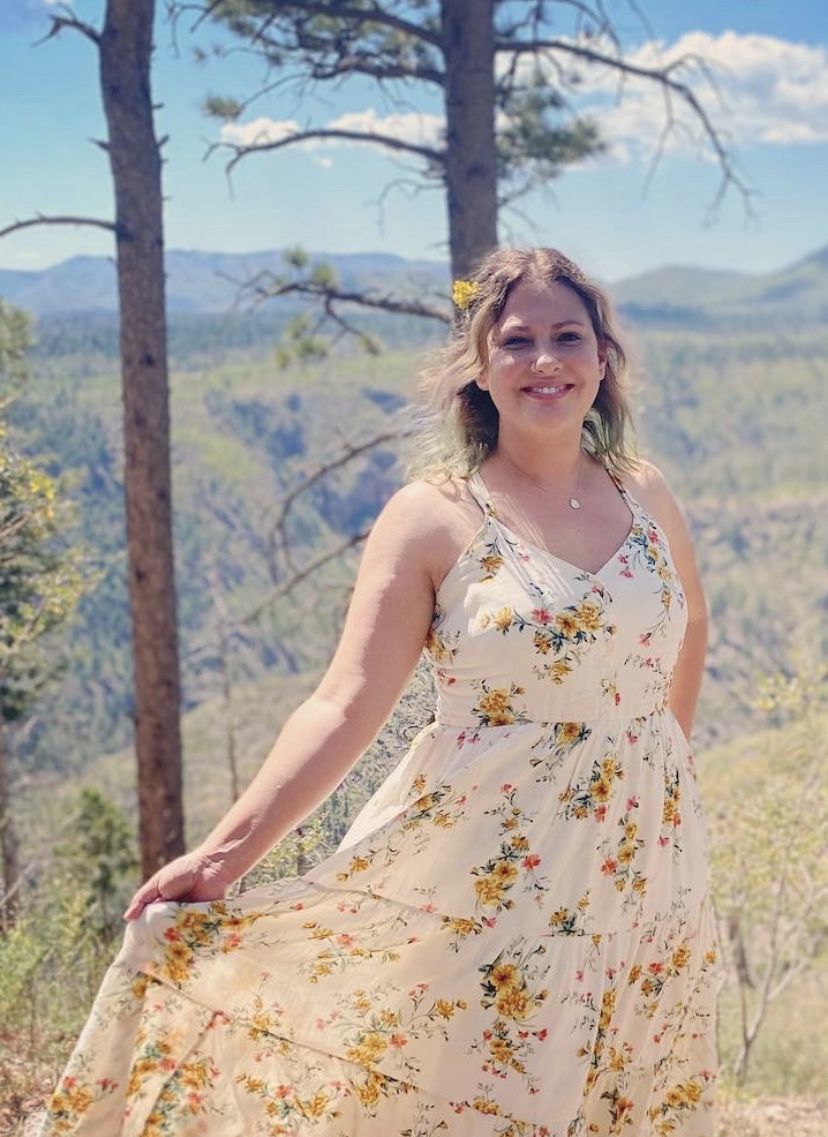 This year, nearly 300,000 women are diagnosed with advanced breast cancer-also called metastatic, stage IV, or invasive cancer – meaning the disease has spread beyond the breast and nearby lymph nodes to other parts of the body. And while the treatment protocol can be grueling, some women with advanced breast cancer say the misconceptions about the disease can hurt too.

These six women who have lived with advanced breast cancer for years share what they wish more people knew about being diagnosed, what surprised them along the way, and how helped the people in their lives the most.

“Learning to embrace the fact that I will never ‘beat’ cancer has been a process.”

When Danielle Thurston of Boulder, Colorado, was diagnosed with an early diagnosis of early stage IV breast cancer, ending treatment meant a new chance at life. But two years after that initial diagnosis, the 37-year-old learned that her cancer had spread — and she had to embrace a new way of thinking. “As an advanced breast cancer patient, the end of treatment is synonymous with death,” Thurston says. “It takes a while to wrap your head around it.”

It’s a fact that many of Thurston’s loved ones are also difficult to understand – which is why she often uses comments like, “You’ll beat this!” It’s a common misconception that Thurston often cleans up after himself. “Even with long, wonderful periods of remission or no evidence of disease, cancer cells are still circulating in my bloodstream, waiting to take root,” she says. And while Thurston sometimes feels overwhelmed by the harsh realities of her illness, she tries to maintain a positive attitude.

“Yes, the treatment can be hellish and have terrible side effects, but I can still live my life,” she says. “It’s a difficult balance between being a realist and an optimist. Unless there’s a cure, I’m a cancer-land lifer. But even though I live with a disease that is currently incurable, new treatments are always emerging. I try to focus on the fact that when one treatment option fails for me, another one awaits.”

“It’s crucial to find — and lean on — a community that knows exactly what you’re going through.”

Deltra Kroemer felt like she was having an out-of-body experience when her doctor told her, “You have metastatic breast cancer.” Just a few weeks earlier, the 34-year-old mother of five from New Haven, Connecticut, had found a lump in her breast. And after an ultrasound and biopsy confirmed it was breast cancer, her oncologist ordered multiple full-body scans, which showed the cancer had spread to her liver. “It was the scariest time of my life,” Kroemer says.

After the initial shock of her diagnosis wore off and Kroemer began treatment, a friend suggested reaching out to an online community of other women coping with the same diagnosis. “At first I was hesitant to connect,” says Kroemer. “But once I did, I quickly realized I needed these people.”

Find others who knew exactly what she went through has proved extremely helpful, Kroemer says. “Metastatic breast cancer is like the black sheep in the cancer community — it’s not just about pink ribbons and celebrating cancer-free milestones,” she says. “It doesn’t work like that for me. But it’s inspiring to see other women in this group working full time and living for years, and it’s so helpful to know that I can lean on others who have been there.”

“I want others to try to understand what I’m going through. Metastatic breast cancer is different from other cancers.”

It was March 2017 when Miami, Florida-based Abigail Johnston found the lump in her breast. She was 38 at the time, and after a lumpectomy, her doctor told her she had stage II breast cancer. Just three months later, Johnston learned that her breast cancer had spread to her bones and was actually stage IV. There was even a two-inch tumor in one of her thighs that threatened to crush that bone.

“I had titanium rods in both legs and a preventive hysterectomy, which put me into full menopause,” Johnston says. “We knew the cancer was mutating and I wanted to do everything I could to live a full life with my husband of 12 and our two sons, who are 5 and 7.”

While the therapies and drugs used to control the spread of Johnston’s cancer often make her feel terrible, the snappy comments Johnston says she uses way too often are more challenging. “I get a lot of ‘You got this!’ or ‘You’re the strongest person I know!’” she says. Many will tell her to try things like radical diets or vitamin infusions; others will share stories of distant relatives beating breast cancer. But what Johnston wished more people knew was that metastatic breast cancer is different from other cancers.”I’ll stay in treatment until I die,” she says. “Even though my hair has grown back, my skin is no longer gray from the chemo, and on my good days I look and even feel quite healthy, I’m still fighting this disease.”

The best way to show support? Ask more questions, Johnston says. “The most helpful people in my life are the ones who just say, ‘How are you today?’ or ‘I came across this information, would it be helpful to you?'” she says. “If you are thinking of someone going through this metastatic breast cancer or any other similar condition, get in touch. I appreciate it when someone says, ‘I’m thinking of you. I don’t know what to say, but you’re on my mind.’ That there is perfect.”

“A positive mindset has helped me for 30 years.”

When Gayle Carson was diagnosed with breast cancer in 1987, she was shocked. “I was 49 years old, exercised every day, ate healthy foods, and didn’t drink or smoke,” says the 82-year-old from Miami, Florida. “The only reason they found it was because my husband urged me to have a mammogram.”

Over the next few years, Carson had lumpectomies, mastectomy, chemotherapy, radiation, and she’s been on numerous drugs to keep her cancer at bay. Still, it came back — and in 2010, she found it had spread to her bones. Although the relentless nature of Carson’s cancer had sent most people into a spiral of dark thoughts, Carson began to think of himself as an SOB: Spunky Old Broad.

“I have limitations that are difficult for others to understand, but it has helped to talk about them with my loved ones.”

A few months after being diagnosed with advanced breast cancer, Liz Rodriguez-Cole started taking 20 spoonfuls every day. Every time she did something that was draining her energy, like brushing her teeth or folding laundry, she put down a spoon or two. When the spoons were all gone, it meant she had reached the limit of what she could achieve that day. It was a way for her to illustrate to her then 4-year-old daughter Cameron how to conserve her energy for things that mattered and why she needed to rest so often.

“Another advanced breast cancer patient told me about this ‘spoon theory’ and it was so amazing,” says the 30-year-old from Glen Burnie, Maryland. “It helped my friend and daughter understand that I need a lot more rest than the average person — and it’s a great reminder for me, too.”

After all, since her diagnosis of stage II breast cancer at age 23, Rodriguez-Cole’s life has been very different from that of most women her age. After surgery and chemotherapy, she thought she was free. Then, two days before her 29th birthday, she discovered that the pain she had in her chest was actually cancer, which had spread to her lungs and liver.

“At my age, most people don’t need to nap four times a day, and when the stock market crashes, they think, ‘It’s okay, I have time to rebuild my money.’ But my energy is exhausted after doing the smallest tasks, and I don’t have all the time in the world to grow my 401k back,” says Rodriguez-Cole. These new realities were challenging to embrace, but important to be honest about, she adds. And the spoon theory has helped others understand how she feels.

“Now I don’t have to carry around the real spoons anymore,” says Rodriguez-Cole. “My daughter will see me yawn and say, ‘Mommy, you’re out of spoons! Go take a nap!’”

“It is possible to live a long, fulfilling life with metastatic breast cancer.”

When Sandi Spivey, 67, of Laguna Niguel, Calif., was first diagnosed with metastatic breast cancer, her doctor told her she had a 90% chance of dying within three years. “I had already completed treatment for stage II breast cancer, and I was cautiously enjoying what I hoped was a cancer-free future when I learned it had spread to my bones,” she says.

Now, 20 years later, Spivey is not only still alive, she is thriving, thanks in large part to the growing number of treatment options available to advanced breast cancer patients. “In 1988, there were only seven lines of therapy available for people with metastatic breast cancer,” Spivey says. “Today, there are more than 100 therapies available.”

While much progress has been made in treatment, Spivey says she was shocked at how much more work needs to be done to give advanced breast cancer patients access to health benefits. “Under current government regulations, patients with metastatic breast cancer are subject to a five-month waiting period for Social Security insurance and a 24-month waiting period before Medicare benefits take effect,” she says. “This is time we don’t have and it comes with a price we can’t afford.”

This content is created and maintained by a third party and imported to this page to help users provide their email addresses. You may find more information about this and similar content at piano.io