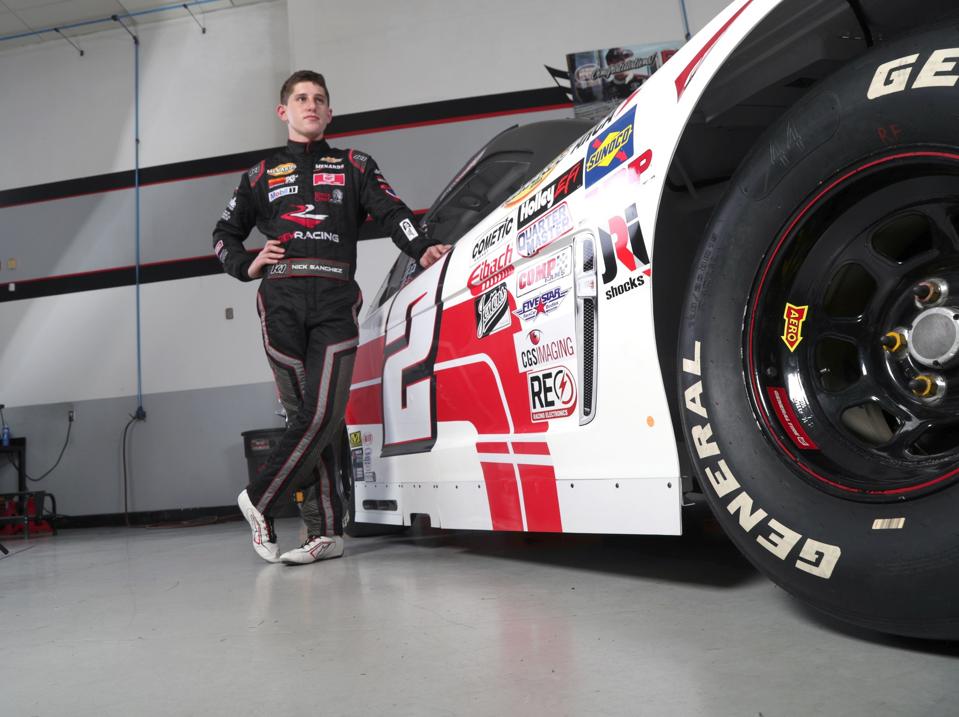 Nick Sanchez is like many young racers trying to make it to the top of Nascar. The 19-year-old started racing go-karts at the age of 12 and recently switched to full stock cars, racing in the ARCA Menards series.

But Sanchez stands out from the crowd of young racers for several reasons. His father is Cuban and came to the US at the age of 8 as part of the Mariel boat lift. Sanchez is one of only two active Cuban drivers (Aric Almirola with Stewart-Haas Racing is the other). He is proud of his Cuban heritage and his Miami roots. And although he has moved to Charlotte, the center of the Nascar world where most of the racing teams are based, Miami is never far from his head.

“It’s nice to have all of Miami and all the Cuban heritage and even the Latin heritage on my shoulders,” he said. ‘Miami is just different. There is no place like this. “

A graduate of Nascar’s Drive for Diversity program, Sanchez transitioned to ARCA full-time this season after winning the Wendell Scott Trailblazer Award in 2019 as the most outstanding minority driver on Nascar’s weekly late model series.

There’s one more way that sets Sanchez apart from the rest of the young up-and-coming racers. While most young drivers receive financial help from their parents, and Sanchez has, he is making his own way off the track financially. While his parents paid some of the bills for his racing, they also gave him something else: The teen is also a licensed mortgage broker.

“I kind of grew up in a family that goes out and gets it,” he said. “You know, we’re not the type to really sit around and wait for something to happen.

“I’ve always wanted to make a living with racing cars, and that’s still my main goal, but I also had other interests and endeavors. And one of them is the mortgage sector. My mother is an account manager at a mortgage company. She has been in the mortgage business for 30 years. So that’s always something I’ve had around me. “

Being a mortgage broker is then a Plan B for Sanchez.

“I’ve always known growing up when, if I wasn’t racing cars for a living, I clearly had to do something else,” he said. ‘I was thinking about going to college. But you know, especially this year in ARCA and even last year, it was just, I think it would be too much. “

Since college was not an option, he turned his attention to a company he grew up with, helped by the events of 2020.

“I’m the type of person where I like to focus on one thing, but having my mom in that industry has always been unique because there aren’t many people in the mortgage business, and it’s something that I’ve learned over the years. Then I knew, and when Covid hit, I had all this free time, and I’m like, you know what, I’ll just get my brokerage license and start it while the rates are low. Why not? “

Since he started, he has become successful by closing several deals. But mortgage brokerage has also helped his racing career.

“I use it more as a tool to focus on my racing,” he said. “As if you look at most of the drivers out there, they put all their eggs in one basket. You know, if they don’t make it in racing, they have no idea what they want to do, but they don’t think about it.

But by taking advantage of this mortgage business and knowing that, you know, if I don’t make it, I still have a good chance of doing it right for myself. So having that in mind, there are fuels firing at my race and it allows me to attack whatever I feel like doing even more. So it takes some of the pressure off … Really, “

In addition to taking the pressure off racing, he applies lessons he learns in the mortgage industry to other areas outside of the race car.

“You learn how to interact with people, and you learn different sales tactics,” he said. “I’ve implemented a lot of that in my pursuit of sponsorship on the race side.”

As he progresses as he makes his way into motorsport, Sanchez is willing to use his mortgage business to attract team owners who want a driver who might not charge as high a salary as others.

“I’ve thought about that many times,” he said. “That is certainly a possibility. And you know, I’m the type of person where I just want to get my foot in the door for a team that way.

“I don’t ask for much, but with this industry behind me, I also have the opportunity to make money elsewhere. … That is definitely something I would do if I had the chance. “

The racing community is a group all of its own, a clique that in itself stays away from the cameras. Now part of that group, Sanchez proves not only to be a talented racer but also to be a savvy mortgage broker and leverage the opportunity as a marketing channel.

“One hundred percent,” he said with a smile. “I’ve already had business cards printed. I’ve already given a lot of it. So I’m already doing that very much.

“The more I market it within the industry, the more business I get. I still try to make sure people know me primarily as a driver and not as a broker, but I certainly try to be as calm as possible. “

With its success between mortgages and with two top 10 finishes in his first four ARCA races of the season, including one third place at Talladega, Nick Sanchez proves that not only can he close deals outside of the job, he can also close them on the job.